Whilst Nigeria's Military Head of State,  General Yakubu Gowan (R) attended an Organisation of African Unity ( OAU) summit in Kampala, Uganda, a group of officers announced his overthrow and appointed Brigadier Murtala  Mohammed (L)as the head of the new government. 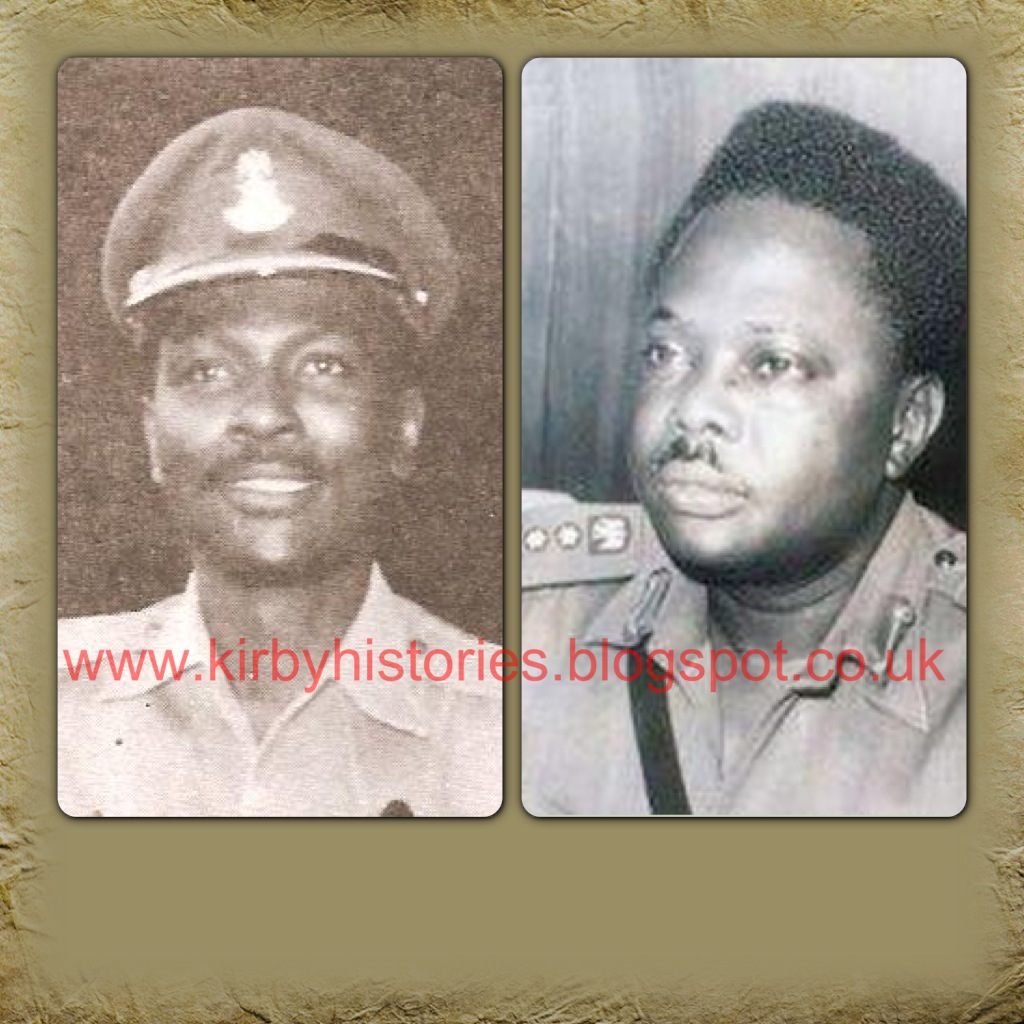 Nigeria's Head of State Gen Thomas Johnson Umunnakwe Aguiyi-Ironsi (L) and Military Governor of the Western Region Lt-Col Francis Adekunle Fajuyi (R) were murdered in a  counter coup which was in response to first military coup in January of the same year. 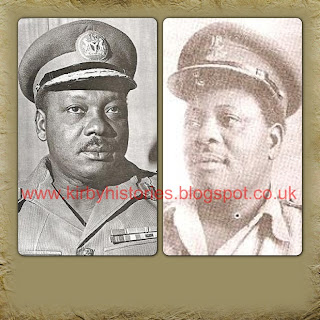 The Lagos steam tramways was planned to serve three main purposes. Firstly as a link  for travellers and merchandise between Lagos Island and the railway terminus on the mainland at Iddo. Secondly, as a means of conveying passengers before the advent of popular public transport on Lagos Island. Thirdly, and its final phase as a sanitary railway.


In 1885 the lagos Government Railway had established itself on Iddo and slowly forced its winding way northways with Ibadan, 123 miles away, as its primary objective.

Formal opening took place on the 4th of March 1901, the first General Manager being Mr Bedford Glasien, C.M.G, appointed on the 8th April of the same year.

Five years before this work had commenced on a bridge to connect Lagos Island with Iddo. The length of the bridge was 2,110 feet. There was a swing type centre span 123 long and when this was opened for the passage of a river vessels the operation took more than an hour, during which time road traffic was at a standstill and Lagos water supply was cut off!
None the less it was described as “probably the largest engineering work in west Africa”, justifiably at the time.

By 1901 It had been decided that the Tramway should extend over Carter Bridge to the Railway terminus at Iddo, an obvious necessity for the conveyance of passengers to and from the terminus and Lagos Island and particularly for the carriage of produce to the wharves, merchandise and stores in the opposite direction before the advent of proper roads and road transport.


Construction of the line commenced in 1901 and formal public opening took place in May 1902, but no sooner was the line operating then it was beset with misfortune which was described in the colonial report of that year:
“The closure of Carter Bridge, owing to importand and necessary repairs, prevented access to the railway terminus at Iddo, and detracted from the full value of the tramway service, which had, in consequence, to be confined to Lagos town. The Tramcars are, however, being increasingly used in Lagos itself, and ought hereafter to prove a great public convenience”. (CR1902)

The Lagos Government Railway was made responsible for the construction, operation and maintenance of the Tramway.

The line as originally laid commenced at Kokomaiko on the Marina opposite  the Chief Secretarys residence (as of 1958 but in 1902 it was the the Botanical Gardens) and ran along the water front in a northerly direction as far as customs wharf where it turned east up Balogun Street then into Ereko Street and over Old Carter Bridge via Ashogbon street to Iddo.


In a 1958 letter written by Archdeacon G, Burton who lived at Owo, he says:
“I landed in Lagos on November 11th 1907 and I remember, I travelled to Iddo Station on the old Steam Tramway at a cost of 2d. I joined the line somewhere near the present ferry terminus (opposite Bishops Court). It ran along the Marina on the Lagoon side until it reached the customs sheds then turned at right angles up Balogun street and then proceeded to the Carte Bridge and Iddo Station.
It was a very great convenience in pre motor days. It was of course very slow, but it eventually got you to the station in reasonable comfort.
The fares were: Kokomaiko to Iddo, 3d; Christ Church to Iddo 2d; and Ereko to Iddo 1d.

One familiar figure often seen in the tramcar riding to and fro, obviously for pleasure, was a big man with a stick. He was a worthy man and very impressive, The owner of Manchester House ( Now part of Marina end of Kingsway Stores) he was Zaccheus Archibald Williams, grandfather of Chief Rotimi Williams”.